Can’t Seem to Find What
You Are Looking For?

Request A Call Back 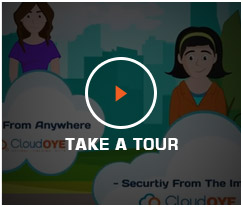 Build Your
Own Cloud

You can now
customize your cloud server & build as per your requirements. Choose from CPU,
RAM, Storage,
Transfer, OS etc.
WindowsLinux

Why Pick CloudOYE As Your

Having set our footprints in world’s cloud market, the best cloud hosting provider – CloudOYE – now comes to India, the soil where it first started. Our exposure of the global market has helped us evolve into a customer-centric business. We keep our prices low and service-quality high. Our key differentiators include -

What our Cloud Hosting Clients say

Our decision to partner with CloudOYE was one of the best strategic decisions helping us to innovate and manage applications in the real-time. The company has introduced us with the world of new technologies and assistance that has helped us to stay ahead of the innovation curve.----Amber Bhardwaj

For us, CloudOYE has proved to be a key partner in driving business transformation. It has helped us drive deeper employee collaboration across different regions; improve profit margins while reducing overhead expenses. Overall, it has become a backbone of our growing business presence. ----Anita Singhania

Honestly, I have found no instance where the company didn’t work as per our business standards. It has offered ultimate level of flexibility and security to manage workloads without compromising on service levels. ----Kabir Malhotra 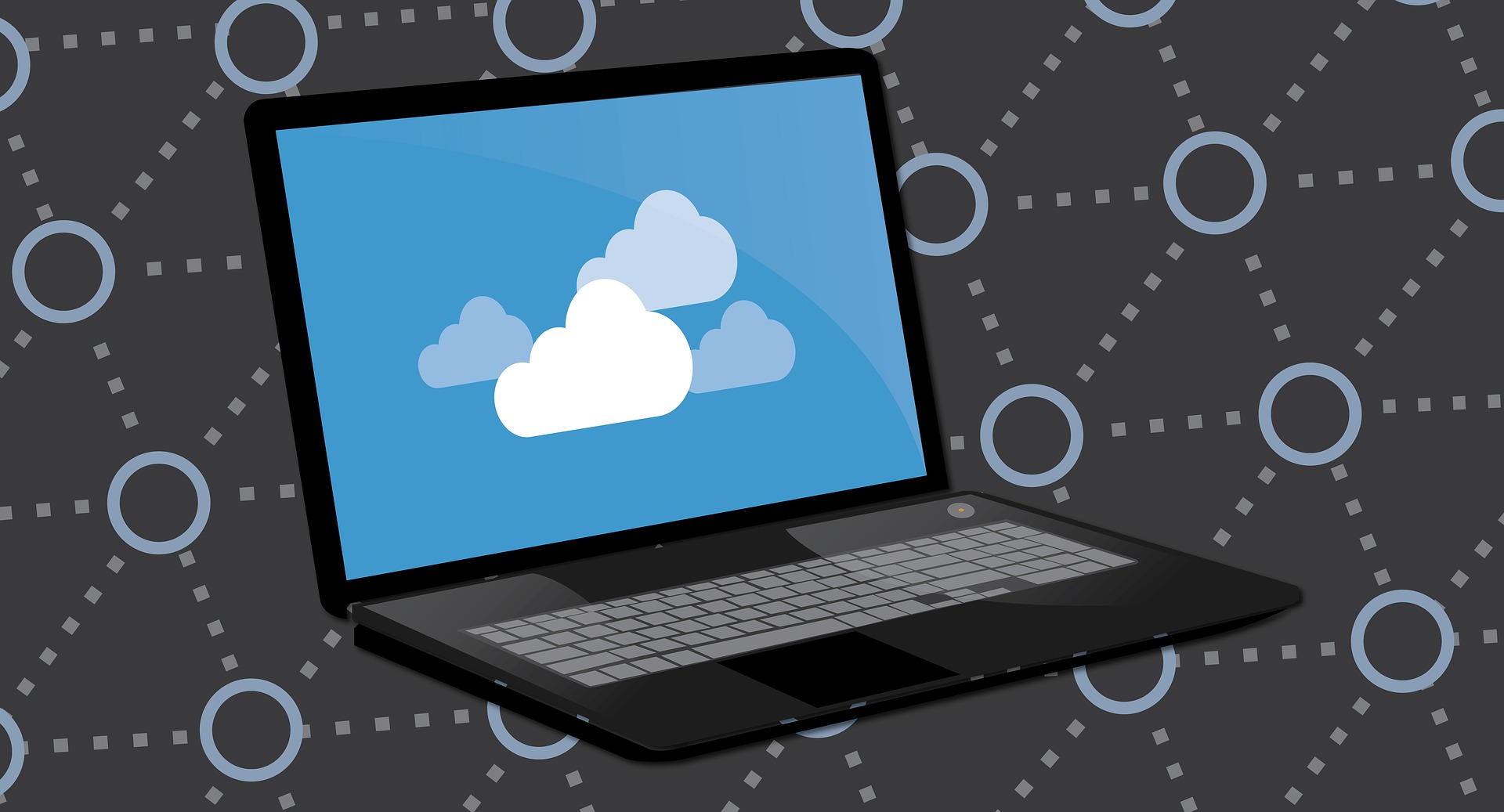 How Does Cloud Backup Help Your E-commerce Website SEO?
Posted by Admin on Mar 17, 2020 04:35:55 pm
When it comes to cloud hosting and backup, it has a tremendous impact on the SEO of your e-commerce website. Online stores mean sales and therefore if...
Read more.. 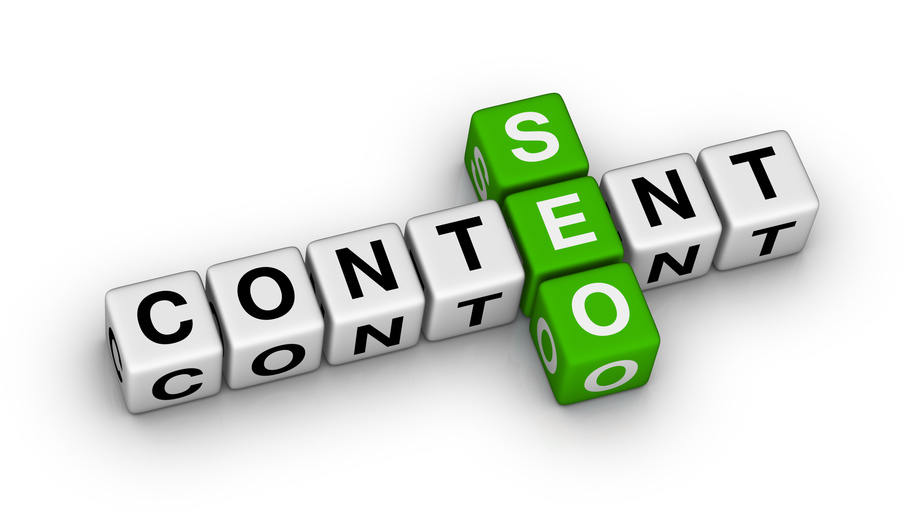 Explore Crucial Factors for Developing the Right Content to Ensure SEO Success
Posted by Admin on Mar 06, 2020 04:40:00 pm
You must have heard that if you wish to achieve SEO success, you must start thinking seriously and keep in mind that content is king. This is clearly ...
Read more..
Best Tips to Figure out a Dip in App Store SEO and Resolve It
Posted by Admin on Feb 17, 2020 05:38:49 pm
For a few businesses, mobile apps play a crucial role to generate leads and reach out to new customers. However, it is damaging if these companies...
Read more..

What is Cloud Hosting?

Cloud hosting is the latest form of web hosting that has become incredibly popular over the past couple of years. It leverages the power of several interconnected cloud servers spread over a cluster to run your website and applications. As the resources are drawn from a virtualized ‘cloud’ and not from a single physical server, there is no single point of failure. This means your website keeps up and running even when one of the servers in the network crashes for some reason or the other.

Because these cloud servers are virtualized, they can be created, tweaked and deleted on demand; as a result, your website gets instant access to surplus resources whenever there is a heavy influx of visitors during sales or promotion. The cloud hosting model is thus an improvement over shared and VPS hosting-it offers a great deal of flexibility, scalability and reliability resulting in higher uptime and availability for your business.

What are the Main Advantages of Cloud Hosting?

Cloud hosting offers a unique set of advantages to its users. These include:

Scalability: Since a cloud server sits on the top of multiple interconnected servers, you can access resources on demand and instantly scale up when the demand soars and scale down when it slackens.

Flexible Pricing Structure: Cloud hosting providers typically proffer services on a ‘pay-as-you-go’ pricing model where you pay only for the resources you consume. With no high upfront costs, this hosting model results in more efficient utilization of resources.

Customization: Cloud hosting service offers better customizability and flexibility over any other service owning to the absence of limitations imposed by a physical server. Of course, you need a certain degree of technical skill to harness these options.

Security: A cloud server stores multiple copies of your data at different locations. So, even if one server gets compromised, others keep functioning, allowing your website to run without hassle. Moreover, the servers housing your data are present in well-guarded locations. Cloud hosting providers leave no stone unturned when it comes to safeguarding data of their clients.

How reliable is Cloud Hosting?

Notwithstanding the mainstream adoption of cloud hosting technology, there are a few stubborn myths surrounding the reliability of cloud servers for hosting business data and applications. Some people believe that since a lot of cloud users share the underlying physical infrastructure, data and applications can get exposed to other users. Others opine that because the users don’t control the physical hardware, they have no way of knowing if it is secured or not.

The cloud hosting model deploys virtualization technology that prevents data from leaking from one user to the other. Besides, the physical servers underlying the virtualized server are placed in well-guarded data centers; these data centers are equipped with a range of physical security and cyber security measures to keep your data safeguarded from unsolicited intrusion of any kind. To avoid risks of data loss, cloud backups are created over several bare metal servers.

So, the cybersecurity attacks that you might have heard of in recent years have occurred not because of the underlying technology but because of lenient security practices deployed by the cloud hosting provider.

Can I upgrade from shared hosting to Cloud Hosting?

In shared hosting, hundreds of websites share the same physical server as a result of which the cost of running and maintaining the server gets split among all the users. While shared hosting model is cost-effective, it poses a risk of downtime. For this reason, many websites in the expansion phase upgrade to cloud servers to avail superior uptime and availability.

Upgrading from shared hosting to cloud hosting is easy. You just need to perform the following steps:

2. Click Upgrades or Options next to your domain name.

3. Go to the Customize tab.

It might take some time to activate the changes that you have made. These changes typically get updated within 24 hours. But this can vary from user to user.

How Does Cloud Hosting Work?

Cloud hosting is implemented using virtualization technology. Its architecture is divided into two segments: a front end and a back end, both connected through the internet. The front end is the interface accessible to the end-user whereas the back end comprises the cloud hosting section.

So, the front end includes the client’s computer while the back end includes the servers and data storage systems that create the virtualized cloud of computing services. The back end is the part where the data is actually located, processed and installed. It is usually not physically accessible to the end-users.

The internet forms a network between the front end and the back end through which computers on the front end access the data present on servers at the back end. The central server of the back end monitors client traffic to make sure everything is running smoothly. It does so by following a set of rules, referred to as the protocol.

Yes, we understand the importance of dedicated support for the smooth functioning of your IT operations. Our support team boasts of industry-best, experienced professionals that are available 24 hours a day, 365 days a year.

CloudOYE is one of the pioneers of cloud hosting in India, and over the years, we have also earned worldwide fame. Our cloud hosting services are backed by top-notch reliability to make sure you never run into any glitch. Once you think you have identified a bug or have an issue that needs to be addressed, report it to our team. Your satisfaction is paramount, and we are always on our toes to resolve your queries in no time.

What are the security measures that CloudOYE provides?

Our cloud services are as reliable as they can get. In order to completely hack-proof our cloud hosting, we have adopted a methodology to deploy security tools in various layers, with every layer specializing in a particular threat type. At any time, three to four security strata are always active, and CloudOYE has become synonymous with consistent cloud hosting in India.

The first security layer that keeps undesirable traffic away. Firewall is the most prominent tool in our cloud server. It denies access to any suspicious data packet trying to sneak in or out of the system, right at the network entry.

The second security layer and perhaps the most invincible line of defence, Database server security relays request-based access on your database. Any suspicious request generated will be outright denied and brought to the system’s notice in no time.

Several malicious programs are so meticulously crafted that they sneak in, no matter how excellently you have coded the security. But no more! We deploy additional tools to reinforce security, giving us an edge over every threat that has existed or will ever exist. The most prominent tools being SSL encryption, troubleshooting, threat detection, and vulnerability testing.

Pooled together, the tools build an austere environment for threats, leaving zero margin for a compromise.

Is the server optimized for speed?

Yes, we do not shoulder any bare-metal server with too much load. Each and every bit of data will be so positioned that the burden is equally shared all throughout the cloud architecture. Plus, our load balancers are as effective as they can be. We are the best cloud hosting provider in India for a reason.

Why use the CloudOYE CDN on my websites?

We provide next-gen Cloud Delivery Network (CDN) solutions to ease the distribution of your content to users. Our cloud CDN has been configured keeping in mind optimum transfer speeds, low latency, and fastest delivery possible. The following further embellishes our CDN –

How secure are Cloud Storage services?

As long as your provider complies with all essential ISO certifications, there is not a service more secure than cloud storage. Compliances bind cloud storage providers from tempering, viewing, or using data in any form whatsoever.

Moreover, providers do not linger over your files pointlessly as reputation is one of the prime factors that clients consider while choosing cloud storage services. Even the slightest blemish can render the provider out of business.

What is the Difference between a Shared Server and Cloud Hosting?

A shared server will have a number of websites hosted on it without allocating any fixed portion of the resource to any of its clients. Thus, all the websites are free to use as much resource as they want. Having unlimited resource might appear very soothing at first but is rather troublesome. Given the number of tenants being hosted on the server, the amount of bandwidth available might never be enough to cater to your website’s traffic. Sites running on shared servers have always struggled with resource inadequacy.

Cloud hosting works almost the same way as shared servers do, the only difference being some portion of resource is allotted to each client depending upon the plan to which he has subscribed. Moreover, shared servers are fixed physical servers and may have IP access restrictions, while, so is not the case with cloud servers.

Please fill in the form below and we will contact you within 24 hours.

By continuing to use and navigate this website, you are agreeing to the use of cookies Find out more.
Scroll